Index Rebalancing Can Be “Sell The News” Events 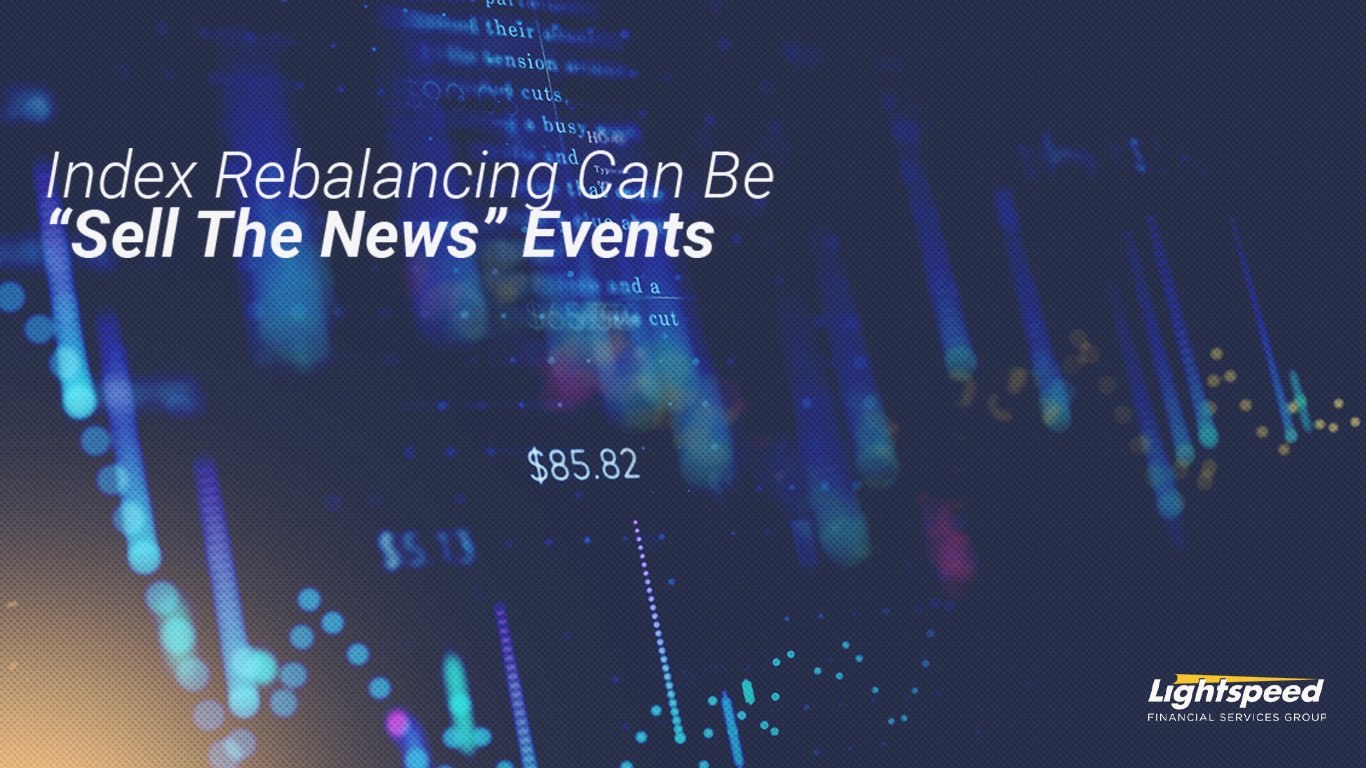 The past few days have been unusually eventful for index arbitrage traders.

On Monday, Tesla finally joined the S&P 500, marking the largest addition in the history of the index. Less noteworthy, though still notable, was the rebalancing of the Nasdaq 100, which also occurred on Monday. Both events triggered massive buying and selling activity on Friday’s close, when the funds that track each index would have had to make their changes.

The trading action around these events is a reminder that just because a stock is being added to a major index, does not mean it has to trade higher when the addition happens. The same goes for a deletion.

Tesla Gives Back Its Friday Gains
Many traders attempted to front-run the S&P 500 addition, no doubt hoping to get ahead of the approximately $11 trillion of assets that track the index. From the time S&P announced it would add Tesla through Friday, shares rallied 70%.

That recent rally culminated on Friday, when over 222 million shares of Tesla traded during the volatile session. At one point TSLA was down 6% on the day, but a literal last-second volume spike of 69 million shares ($50 billion worth, according to Bloomberg) at the closing print sent shares to an all-time high of $695.

Now that Tesla is actually in the index, traders seem content to sell the news. The stock is down 4% on Monday, hardly a notable move for a stock like Tesla, but reflective of the “buy the rumor, sell the news” nature of index events.

The Nasdaq Reconstitution
The same trend is playing out in the annual reconstitution of the Nasdaq 100. Over $150 billion are tied to the index in ETFs alone, making it one of the most widely tracked indexes.

Below is a list of the six stocks added and removed from the index as of Monday (percentage gain between the date of announcement and Friday’s close in parenthesis):

As you can see, there isn’t a clear pattern. Yes, all six stocks added to the index traded higher in the two weeks between when the inclusion was announced and when it happened, but to varying degrees. Peloton’s 19% gain trumps American Power. And on the other side, all six stocks getting taken out of the index also moved higher.

As of Monday afternoon, three stocks that were added (American Power, Marvel, and Match Group) were all trading down more than the index. The remaining three were up on a broad-based rotation into “stay-at-home” stocks. All six stocks removed from the index also traded down on Monday.

The Takeaway
The Tesla inclusion into the S&P 500 is likely the biggest index-related event we will see for some time. But there will be others. Let this be a reminder that these trades are not as simple as buying the added stocks and selling the deletions through the adjustment.

Oftentimes, these are “buy the rumor, sell the news” events. Other times, there are additional forces at work.

The author is long the S&P 500 in his retirement accounts.

Active Trading with Lightspeed
Lightspeed provides professional traders with all the tools required to help them find success in stock trading, and we have been developing and honing our active trader platform to offer an optimal user experience. With the intuitive interface layouts and institutional quality stock and options scanners, we aim to help traders reach their goals, no matter what their strategy is. We also offer our clients some of the lowest trading fees in the industry.

For more information on a professional trading platform with Lightspeed, please call us at 1-888-577-3123, request a demo or to open an account. 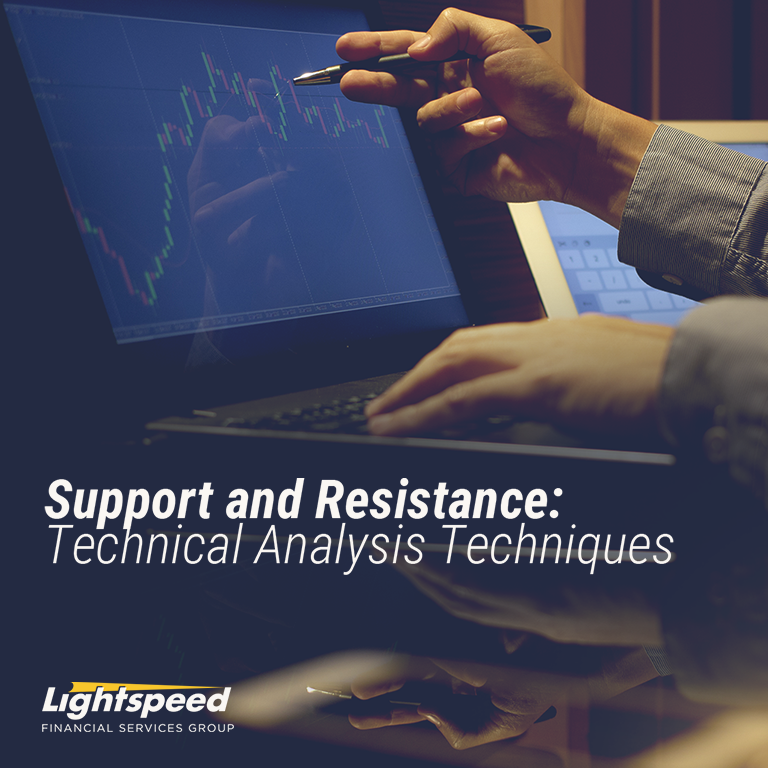 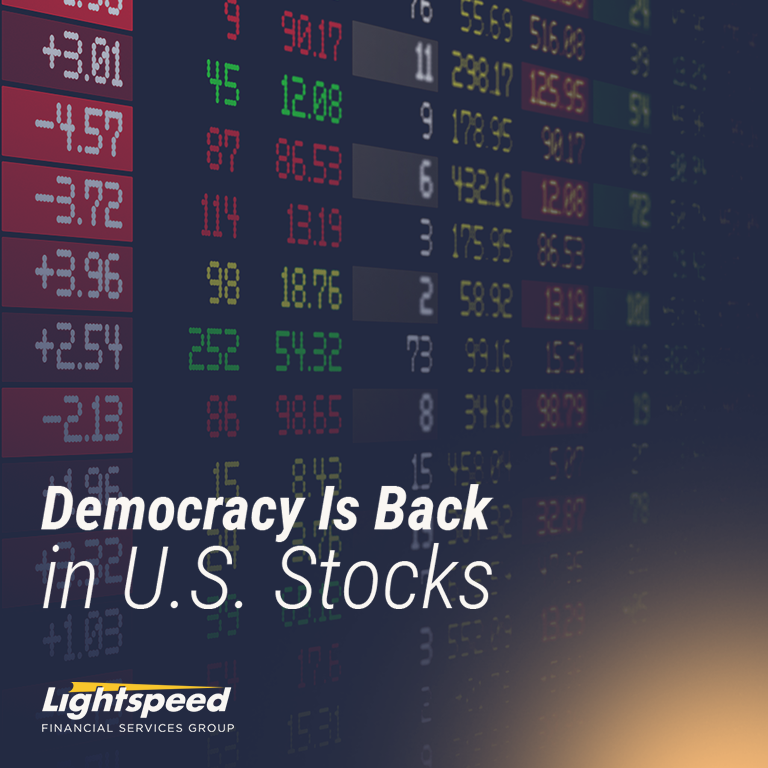